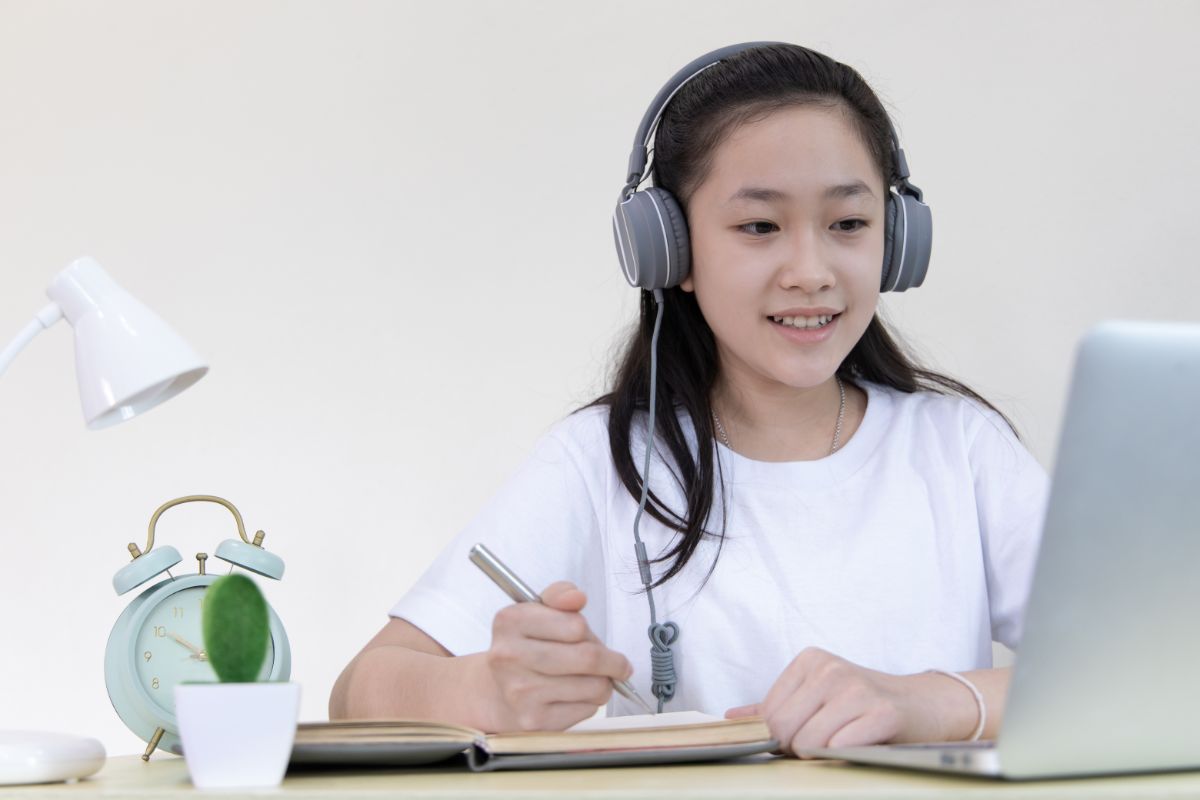 Pimsleur vs rosetta stone 2023: Which Should You Choose

If you’re interested in learning a language but attending physical classes or having a tutor is not an option, then don’t worry!

There are several programs available that you can use to learn a language from the comfort of your own home and at your own pace.

Pimsleur and Rosetta Stone are two of the most popular and widely respected learning programs.

If you’ve looked into learning a language from home, you’ve probably heard of both of these programs and might be wondering which one to choose.

Both Pimsleur and Rosetta Stone language courses offer a wide variety of languages but they approach learning in different ways. In this article, we will look at both programs in turn and compare them to see which is best.

Let’s get started with the detailed Pimsleur vs Rosetta Stone language courses!

The name Pimsleur comes from its founder, Dr. Paul Pimsleur. A noted linguist, Dr. Pimsleur wrote several books regarding applied linguistics and language acquisition and used his knowledge to create the Pimsleur method.

The first language program written by Dr. Pimsleur was released in 1963. The language courses were largely audio-based and were released on cassette tapes before later being released on CD, online language learning platforms, and as books.

The Online language learning courses typically consist of 30-minute audio lessons that can be completed while driving, cooking, completing chores, or walking.

They focus on speaking and listening skills and some of the more modern versions of the Pimsleur courses also bring in visual content to help support the language lessons.

What is Rosetta Stone?

The original Rosetta Stone was discovered in 1799 and was a literal stone that contained a translation key for Hieroglyphic Egyptian, Demotic Egyptian, and Ancient Greek. It allowed linguists to finally read hieroglyphs.

Rosetta Stone the company was founded in 1992 and focuses on computer-based learning.

Students are given words and phrases in their target new language skills and instead of receiving translations, they’re usually paired with pictures and audio to try and mimic a natural learning environment.

Let’s begin by taking a deeper look at Pimsleur, its key features and how the system works.

Some languages have several different levels to choose from whereas others only have one. Generally speaking, it’s best to start at language lessons one of the first levels and work through the audio courses.

Pimsleur is based around audio lessons that last for 30-minutes at a time. It is recommended that you do one lesson per day and that you do them daily.

Although you are simply listening to the audio lessons, it does require you to give the Pimsleur lessons a decent amount of concentration.

They’re ideal for commutes or walks, or other repetitive and simple tasks such as cooking or cleaning. However, you shouldn’t listen to them while doing something more active.

To get the most out of the Pimsleur lessons, you will need to speak out loud. The narrator will explain and lead the lesson while native speakers model the target language and sentences spoken.

Students are then asked to repeat after the native speakers and to also recall the target language themselves.

Pimsleur doesn’t have in-depth grammar explanations and doesn’t use a performance-based spaced repetition system either.

Instead, it will ask you to repeat words and sentences after specific periods of time have elapsed, regardless of whether you have recalled them before.

As you listen to all the lessons, you will be given the chance to think of the answers yourself before hearing the answers from the narrator or native speaker.

You need to actively participate in the lessons to get the most out of your learning.

The Pimsleur interface is very clean and easy to navigate. The audio lessons are simple and you’re given an audio player that will be familiar to you if you use other audio programs such as Spotify or Audible.

If you opt for a Pimsleur subscription that includes visual materials as well as audio, then there will be several more screens for you to navigate through.

There are several practice screens that allow you to review the material presented in the interactive lessons. These include flashcards, multiple-choice quizzes, and reading lessons.

All of these extra materials and games are simple to use.

You may find the materials a little more difficult if you’re learning a language that doesn’t use the Roman alphabet and you may need additional reading and writing language resources.

Pimsleur has over 50 different languages for you to choose from. It has all of the popular languages that you’d expect as well as some of the less common ones. The current list of languages is:

Pimsleur has a variety of pricing options available. It gives you the option of a seven day free trial to give the service a try and you can also try a free lesson.

The first subscription level is Pimsleur Premium. This gives you access to a single language of your choice and you cannot change languages during your subscription.

This is currently $19.95 per month and includes all audio and visual content for the specific language.

The second option is Pimsleur All Access. With this subscription, you get access to all of Pimsleur’s languages and can switch freely. This is only slightly more expensive than Premium and costs $20.95.

Pimsleur also gives you the option of choosing an audio only language course for $14.95. You can also make a lifetime purchase of a single language.

These are priced at $150 per level. Some languages only have one level, but others can have as many as five.

Now that we’ve taken an in-depth look at Pimsleur, we will take a closer look at Rosetta Stone as well.

Rosetta Stone lessons will give you several options before you begin to learn. It will ask you about your proficiency level and your reasons for learning languages.

Your answers will have an effect on the study plan the program gives you so you’re able to tailor your lessons to your needs. You can also choose to ignore this plan and find your own way if you prefer.

Each lesson features several units of material and they all build upon each other in a very neat and structured way.

The lessons consist of visual and audio examples in your target language that you will become familiar with as you work through the material.

There may be times at the beginning of lessons and units where you don’t know the answers and that is part of how Rosetta Stone works.

You learn through discovering the answers yourself instead of being given the answers by Rosetta Stone.

You will find that as you progress through the units your understanding will grow and words that you once didn’t understand, will become familiar.

The lessons mainly consist of matching words and phrases to pictures, but Rosetta Stone does also have grammar lessons and can assess your pronunciation.

Both the desktop and app versions of the Rosetta Stone program are very similar and feature similar layouts. We prefer the app version and find this to be smoother, however, the desktop version is easy to use as well.

Rosetta Stone is full of interesting photos so if you’re a visual learner, you will enjoy the interface.

It’s easy to navigate and you can quickly choose your own lessons and work through the material. It’s very intuitive despite the amount of material there is to plow through.

Rosetta Stone offers different plans for individuals, companies, and schools. For the purposes of this article we will only look at the individual prices. There are three main subscription options.

The first is a three month subscription. You will be charged $35.97 every three months and over a year, this works out to $11.99. With this subscription, you get access to one specific language.

You can also choose an annual subscription. You will be charged $143.88 annually and this also works out to $11.99 per month. Again, you get access to one specified language.

The final option is a lifetime subscription to the service. This is a one-off payment of $299 and gives you access to all of the languages that Rosetta Stone offers.

Ultimately, the best language learning software will depend on your style of learning process and what will suit your needs best. However, there are some ways that the two can be directly compared so let’s look at these.

Pimsleur has an audio first approach and expects its students to listen and repeat different phrases and words. After these phrases have been heard several times, they become more natural. Rosetta Stone, on the other hand, presents the material visually by using pictures. Although Rosetta Stone does have audio to listen to as well, this is less of an emphasis.

Some language learners may find that Rosetta Stone’s approach of matching photos to words becomes repetitive quite quickly.

As the program expects you to discover the meanings yourself as well as learn them, the vocabulary and phrases are repeated several times in quick succession.

Pimsleur, on the other hand, gives you the meanings and explanations from the beginning so the material isn’t repeated quite as frequently.

Instead, Pimsleur uses a spaced repetition system so the material is repeated after more time has elapsed, instead of several times in the same unit.

Rosetta Stone includes a stories section that can help you speaking practice your reading skills in your target language. The text has narration and pictures as well to aid understanding.

One area that Pimsleur struggles with, however, is speaking skills and writing skills. It is a primarily audio medium so you may need to bolster your learning with some reading and writing practice from elsewhere.

This is especially the case with languages that don’t use the Roman alphabet.

Rosetta Stone is cheaper on a monthly basis than Pimsleur. You can also get a lifetime subscription for the program at a rate that makes it a great deal if you’re looking to learn several languages.

Plimsuer, on the other hand, is a great choice if you want to learn multiple languages at once over a shorter period of time. The monthly price for access to all languages is a great deal.

In this article, we took an in-depth look at both Pimsleur and Rosetta Stone. They are both high-quality and well-respected language learning courses that cover a wide range of languages.

The best language learning programs depends upon style and which one will suit you best.

We hope that this article has explained the advantages and disadvantages of both Pimsleur and Rosetta Stone and will help you choose which is best for you.

Whichever you choose from Pimsleur vs Rosetta Stone, we wish you the best in your language-learning journey. 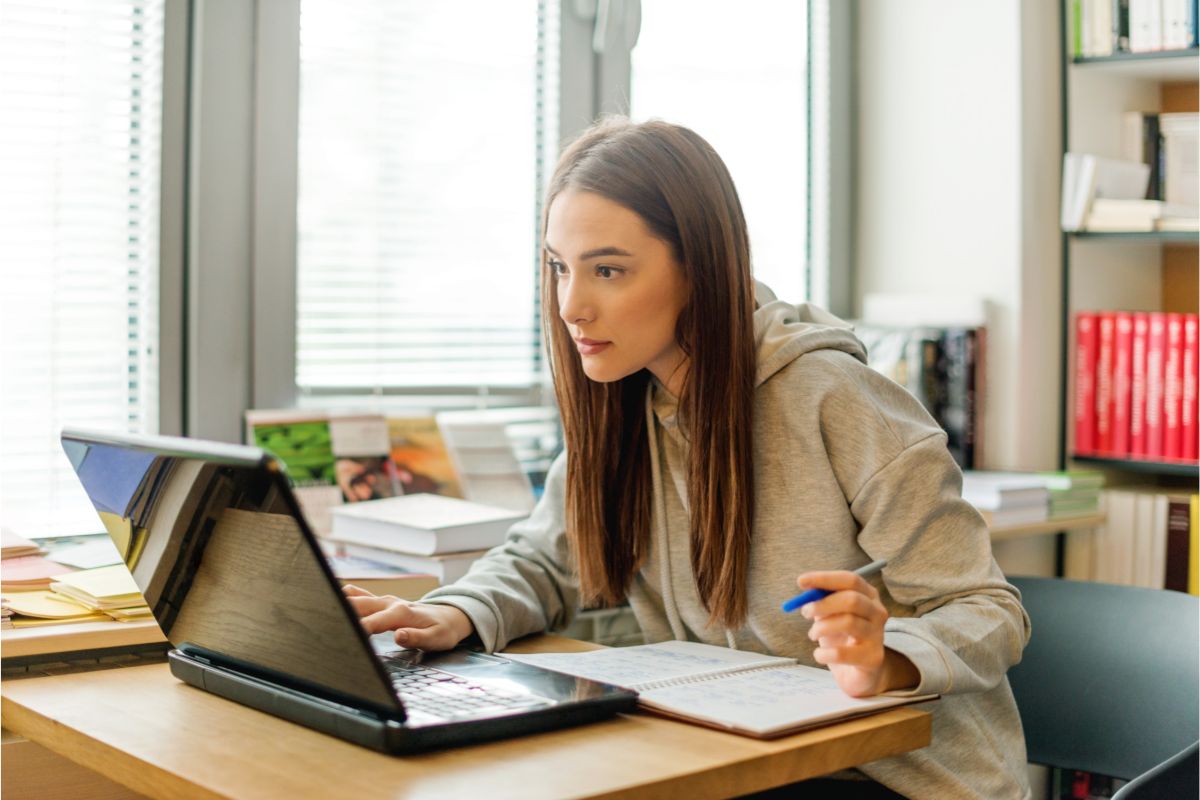 The right learning management system can take the stress away from setting up, documenting, tracking, reporting, and automating your resources.... 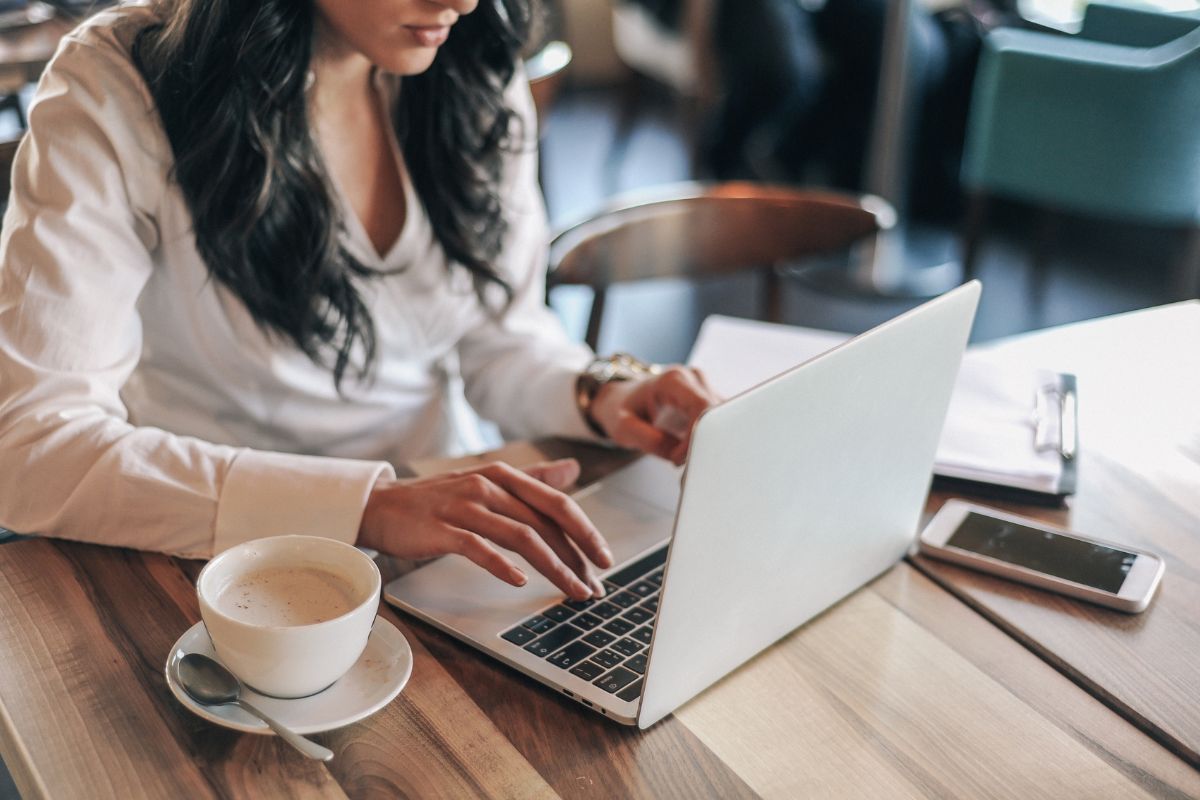 The rise of the internet has allowed a host of incredible opportunities when it comes to online learning – students... 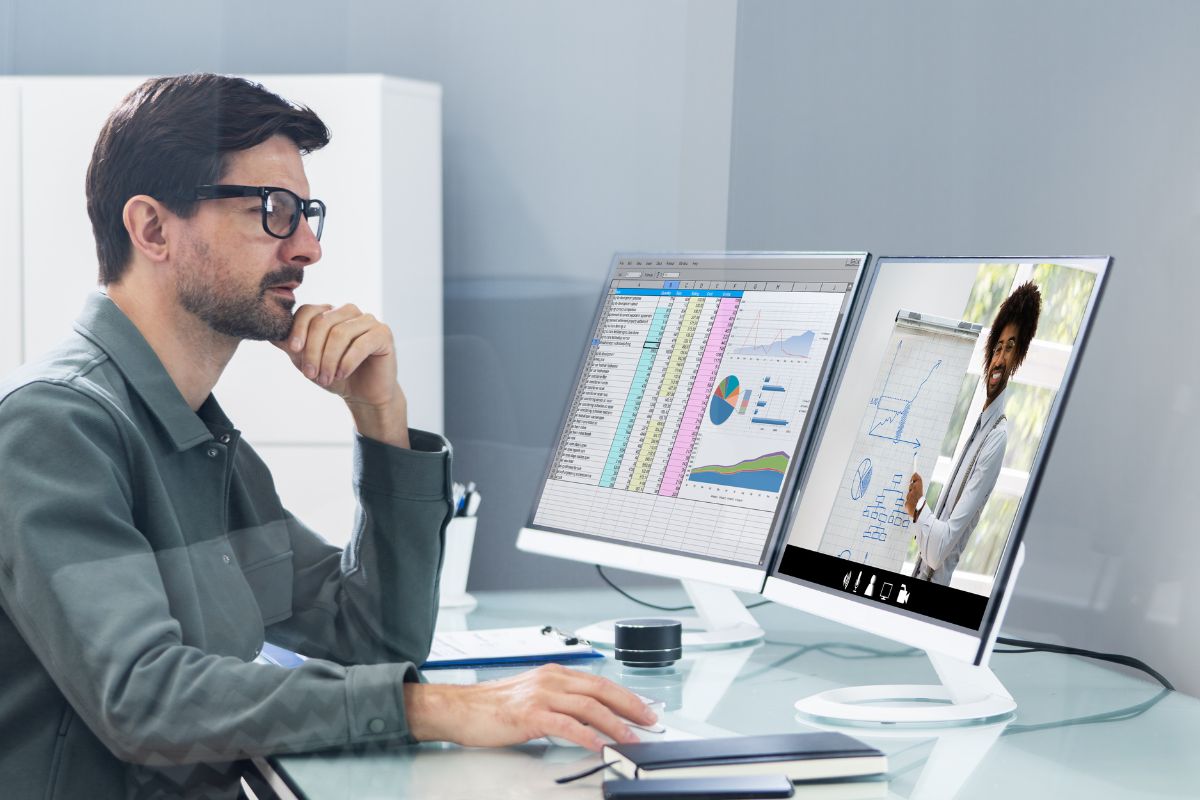 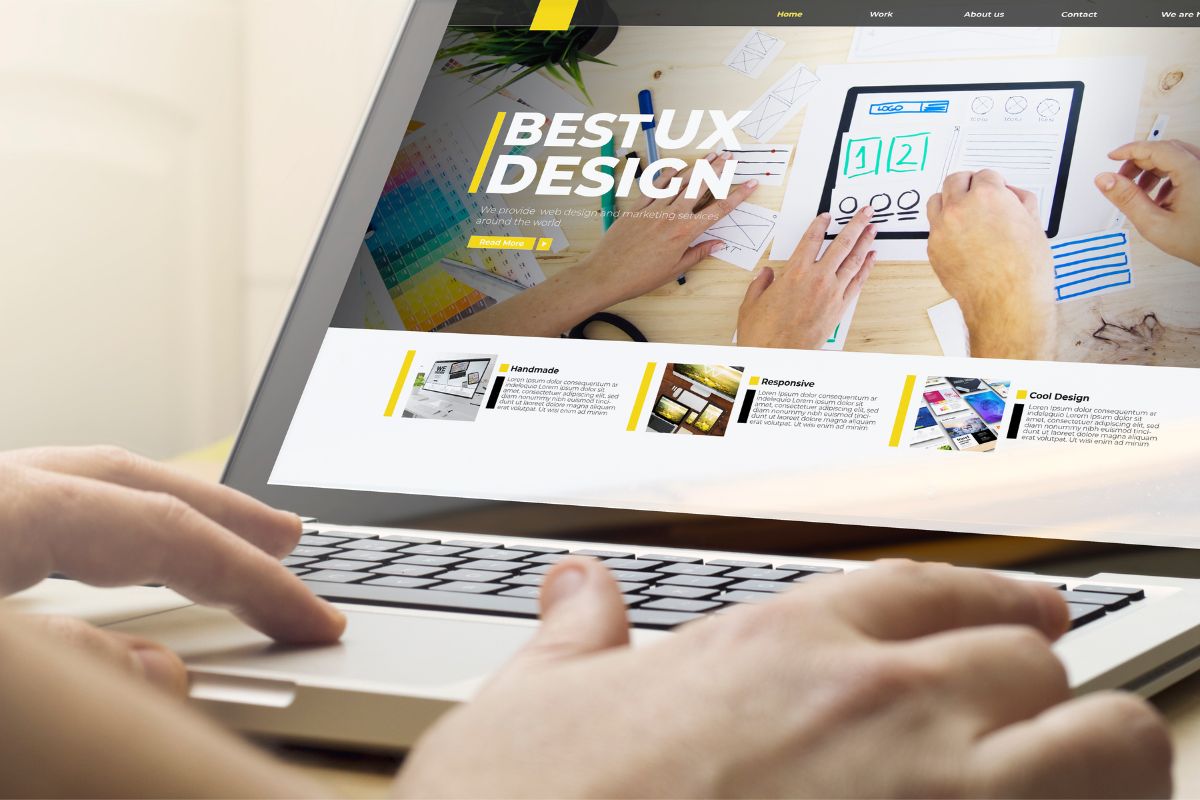