Helen Mirren Masterclass Review – Who is The Class For? 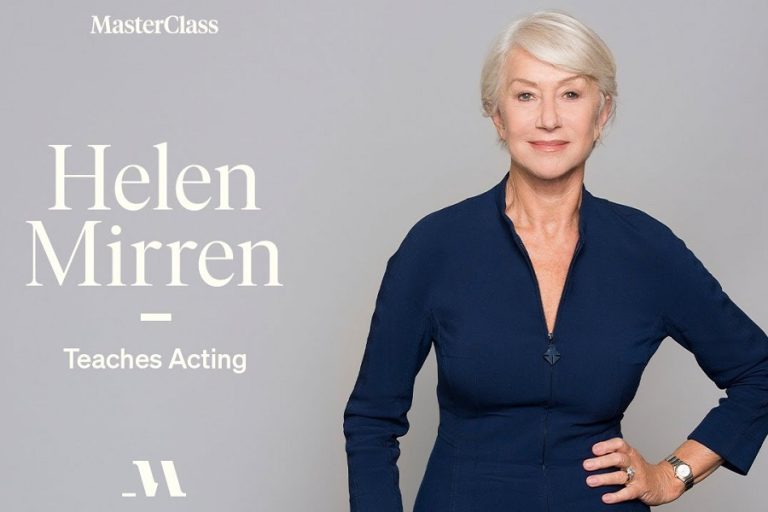 Being a veteran star and an award-winning actress who’s earned herself an Academy Award and a Golden Globe Award for Best Actress (just to name a few), Helen Mirren is indeed an eligible teacher in the field of acting.

Her MasterClass teaches acting tips and tricks, such as finding your character, breaking down a script, and acting on a film set. Aside from that, you will also be taught how to act from within to make you a better version of yourself.

This article about Helen Mirren masterclass review presents an overview of the course, weighs the advantages and disadvantages, and shares feedback from past users. All this information aims to help you assess if this course is best suited for you.

Who is Helen Mirren

Ilynea Lydia Mironoff, commonly known as Helen Mirren, is a renowned actress admired and loved by many aspirants and even stars. She started her career at 18 by joining the National Youth Theatre. A year later, she joined the Royal Shakespeare Company, where she spent 15 years appearing in many roles, such as Cleopatra and Cressida.

But, Helen Mirren calls the role of Detective Jane Tennison in the TV series Prime Suspect the most significant break of her career. Such a break caused her to be a household name all over the UK. Not just that, the said series earned her an Emmy Award and three BAFTA Awards. She also won an Academy Award when she portrayed the role of Elizabeth II in the movie The Queen.

Aside from the awards mentioned above, she also received over 50 more award recognitions, further proving that she’s credible in teaching acting to newbies and even professionals in this field.

This course teaches you how to choose roles, break down your script, find your character, and develop your acting skills from the techniques taught.

Helen Mirren’s Masterclass course has a total of 28 video lessons, clocking in at over 6 hours of watching time, with each video running between 10-15 minutes. To give you an idea of what to expect from this masterclass, here are the 28 topic titles that you can access.

Alongside the videos, you can also access the 54-page workbook as an additional resource and the community hub, where you can directly ask questions and share your thoughts regarding the lesson. Not just that, Helen Mirren also encourages her students to submit a video showing off their acting skills. Though it isn’t mandatory, you’ll have the chance to get a constructive critique from the veteran actress herself.

Here’s an overview of the pros and cons of the class.

Joining the course would allow you to learn from one of the best actresses in the industry. Learning from a renowned actress who’s admiringly passionate and an expert in her craft can become a meaningful experience, especially for young actors.

With this class, you will get in-depth discussions led by the master herself. The course was meticulously-planned and obviously made with utmost passion. Helen’s excellent eye for detail helped her develop a beneficial curriculum.

In this course, not only are you taught acting skills, but you’re also recommended some outside resources that you can maximize to hone your talent. What’s admirable about these recommendations is that they are a variation of many topics, which is unarguably helpful, especially for aspirants.

This curriculum has a well-structured format. Classes are broken down into sections to help you learn effectively without getting overwhelmed with all the information at hand.

Yes, this class offers extensive knowledge about acting and how to be better at it. However, it does not show demonstrations of the principles taught. For example, Helen encourages you to do your research on acting but doesn’t reinforce the lesson with a demonstration. Such can be hard to chew for newbies and those with zero background.

Though it is mentioned earlier that this course is open for wanna-be’s and starters in the industry, there are times when Helen points out students’ past experiences, which isn’t true for everybody. The truth is that not everyone has experience in the field of acting. And for those who have none, it might be harder to catch up when lessons are focused on upscaling rather than explaining the basics.

Again, this problem would be unideal for those new to the industry. This course mentions some technical theories and terminologies that are not thoroughly explained. Instead, you’ll only find a bibliography section in the given workbook, which urges you to research it independently.

If you’re an aspirant who’s still starting to build up your acting career, you’ll definitely learn significant insights and upscale your skill level with the help of this masterclass.

Furthermore, if you’re already on the verge of making a name for yourself, this course is still helpful and can give you additional learning. However, accessing other acting lessons offered on the MasterClass website would also be best to gain more knowledge and bring your acting skills to the next level.

That said, on a scale of 1-10, those between a 3 and 8 would benefit the most from this masterclass.

How Much Does Helen Mirren’s MasterClass Cost

Accessing this class would cost you $180 per year of use, which is basically $15 per month. However, your subscription doesn’t enclose you in one class only.

What does that mean?

Subscribing to the MasterClass platform for a year entitles you to gain access to all the courses offered on the website. Therefore, you can have all the learning you need across different classes.

Aside from the access, you can also download all the videos and PDF files offered along every course when you subscribe to the duo and family plan. The duo plan bills you $20 per month, which allows two devices to watch simultaneously. On the other hand, the family plan would cost you $23 per month, and with it, you can access the courses on six devices. Downloading them will enable you to rewatch all the videos whenever needed.

Most users have shared positive feedback about the Helen Mirren Masterclass. Check out what they have said:

This course was a game changer for me. It changed my perspective on acting in general. I have learned that there is so much to learn from acting which I honestly thought wasn’t even considered. The way Helen broke down the scenes from “The Queen” and how certain actions were made to heighten the viewing experience is something that made me yearn for more insights. I highly recommend this course!

Everything is virtual now, mostly over Zoom, so you have the unique ability to take classes from some of the best, most reputable acting teachers around the world.

I highly recommend that over MasterClass. Among not being able to put MC on your resume (rule of thumb: if you weren’t working one on one with a teacher where you were able to receive live feedback and perfect a technique/audition piece/monologue/etc. then you don’t put it on a resume), you don’t really get a whole breadth of expansive knowledge in what you think you’re paying MasterClass for.

What they should’ve done is have whole masterclasses taught by top industry teachers. That way, you could learn different things depending on the teacher (Meisner, scene study, auditioning, improv, etc.) and get the same high quality level of teaching as you would if you were in their actual class physically, just minus the one-on-one aspect.

That said, if you’re a fan of Helen Mirren, Natalie Portman or the other actors that did masterclasses and you have the money to spend on it, go ahead. You can’t put it on a resume but it could be an interesting look into their processes and what they’ve learned.

Learning from one of the best actors can be inspiring and motivating. However, Helen Mirren’s class might not be for everyone.

As explained above, you’ll absolutely get tons of great tips and information on how to become a better actor. However, her course lacks several things, such as direct demonstration.

Is this worth your money? That depends on your self-evaluation.

We hope this review has helped you decide if her course is right for you and your career. Keep in mind that if for some reason, this class wasn’t for you, you can get access to other courses offered on the platform. 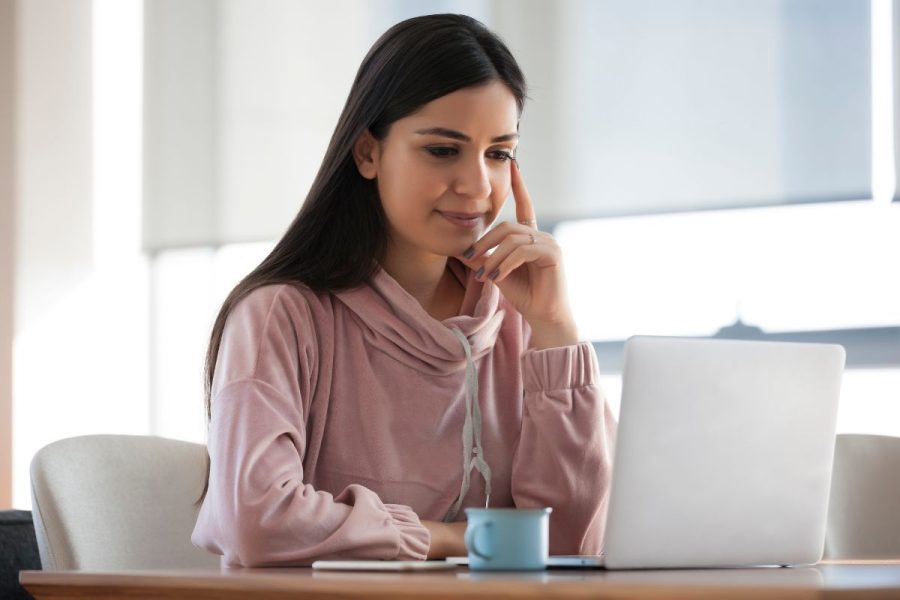