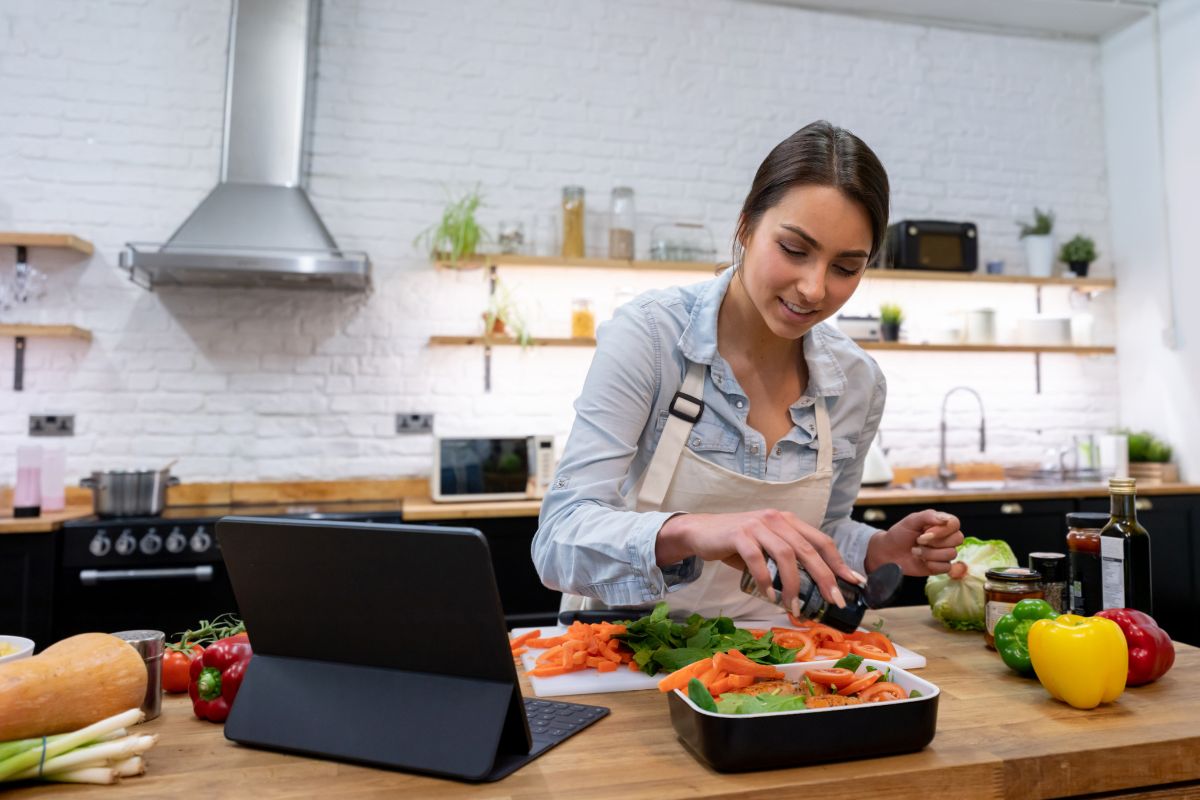 So, not only have we compiled some of the best recipes that you’ll find from members of a masterclass, but you’ll also want to see what world-class chefs have to offer with recipes in their unique styles.

With that in mind, here are some of our favorite Masterclass recipes courses that we have found!

Starting off our list, we have a student of masterclass who has gone on to not just enjoy the recipes in her life more, but to make a career out of them too!

Pola first got introduced to professional-level cooking when she took Thomas Keller’s Masterclass course, which opened up her world to how much potential there was in cooking.

From there, she found that thanks to Annie Leibovitz’s Masterclass in photography, she had a knack for visual arts as much as the culinary ones too!

Now, she is a professional and successful food stylist, with a keen eye for delicious food presented beautifully.

All one needs to do to believe this for themselves is to take a look at her chicken and mushroom in cream spaghetti dish to see for themselves. This dish looks as good as it tastes!

Pola is a great example of what can be achieved when you find your interests, and unlock your potential to make full use of them.

Coming up next on this list, we have a baking recipe from perhaps one of the most famous names in the business.

Paul Hollywood had shot to international fame, after being introduced to the world through ‘The Great British Bake-Off’ and its many spin-offs.

This recipe (as well as the others inspired by him on this list) demonstrates why his baked goods are a masterclass in the field.

While traditional this recipe would have used dry fruits in the dough of the buns, this recipe makes use of fresh fruit instead, creating a much sweeter and more vibrant dish than you might otherwise expect from a quaint, classic dish like this.

This is the perfect dish for a morning snack, and Paul’s take on it might just be one of the best out there!

Turning back to people who have been inspired by their Masterclass course, we have another amateur turned chef extraordinaire to talk about here!

Username Geronimofood had only just begun exploring the possibilities of cooking when they first took the Masterclass taught by Aaron Franklin, with the course being the real eye-opener that Geronimofood needed to get started in their cooking journey.

With Geronimofood now being a professional chef in a highly-rated barbecue restaurant in New Hampshire, they’ve certainly come a long way from their humble beginnings.

This confit duck recipe for example is simply divine. After, not just anyone can cook duck on a bed of cabbage and onions coated in a gorgeous sauce, and have it come out looking this good!

He teaches texas style bbq with the best method anyone can teach!

Next up on this list is another name that bakers in both the US and the UK will be familiar with.

While Mary Berry was a name that many people were already familiar with in the UK, it was on ‘The Great British Bake Off’ when she also became an international cooking star.

And with some of the recipes that she has both made and inspired, it isn’t exactly hard to see why.

This particular Christmas pudding recipe is a great demonstration of both Mary Berry’s distinct knack for making classic English dishes, as well as an excellent example of a staple dessert that you’ll find on many British Christmas tables.

Serve this beautifully soft and spongy pudding with a smooth rum or brandy-based butter with your family meals, and you’ll see how this recipe has stood the test of time and see exactly why this is shown in PBS’s digital masterclass!

Streusel is a classic German dessert dish that is a staple of pretty much any European pastry baker’s recipe list.

Often confused with crumbles, Streusel is a German pastry that is often used in conjunction with many other pastry recipes.

It’s not so much a topping in of itself, and the perfect addition to a baked dish.

So, when you combine that with the perfect mincemeat stuffed pastry dish that you can imagine, what you get is a dish that is perfect for the holiday season.

This particular mincemeat streusel bakes much faster than its more well-known counterpart, the mincemeat pie, making it a very tempting option for bakers who have allowed that holiday house party to sneak up on them, and need the perfect dessert to be whipped up quickly.

And, of course, it wouldn’t be an ideal seasonal snack to have handy with a little brandy/rum butter or cream to go with it!

The Great British Bake Off is a masterclass treasure trove of classic British recipes, isn’t it?

This particular pie dish can be made with fresh ingredients. However, this recipe is more of an ideal scenario, where the leftovers that you still have from Christmas Day are ripe for the taking (and in this case, for the baking)!

Packed to the top with cranberries,

The fact that what is effectively a leftover recipe can be considered a masterclass dish, and looks and tastes this good, is surely a mark of its creativity and execution that any recipe would be jealous of!

Told you we’d be back with another masterclass recipe from Paul Hollywood himself!

This particular recipe is Paul’s take on the classic St. Lucia bun, a staple Swedish pastry recipe that is a staple of the holiday/Christmas season in Northern Europe, especially around advent.

This pastry bun gets its distinct yellow color from the saffron that is used in the recipe (although yellow food dye works just as well).

This particular recipe gets most of its flavor from the caster sugar, dried fruit, and saffron that is traditionally used in this recipe.

But one of the great things about it is that you can add a variety of different flavors to your version of this masterclass recipe, and you’ll probably end up with an iconic dessert that people will love to eat, not just at Christmas, but at any time of the year!

Once you’ve tried the base recipe, we highly recommend adding a little cinnamon to your next batch!

Finally, we have yet another masterclass recipe from Mary Berry herself!

The galette is a classic of French dessert cuisine, with this crispy pie dish being an excellent example of this sweet recipe.

While there are many versions of this recipe that are made with a single piece of short-crust pastry (and we highly recommend trying that version as well), the extra layer on top of this recipe helps seal in that beautiful almond-filled filling.

As you can see, there are masterclass recipes for pretty much any type of recipe you can find out there.

All you have to do is find them! 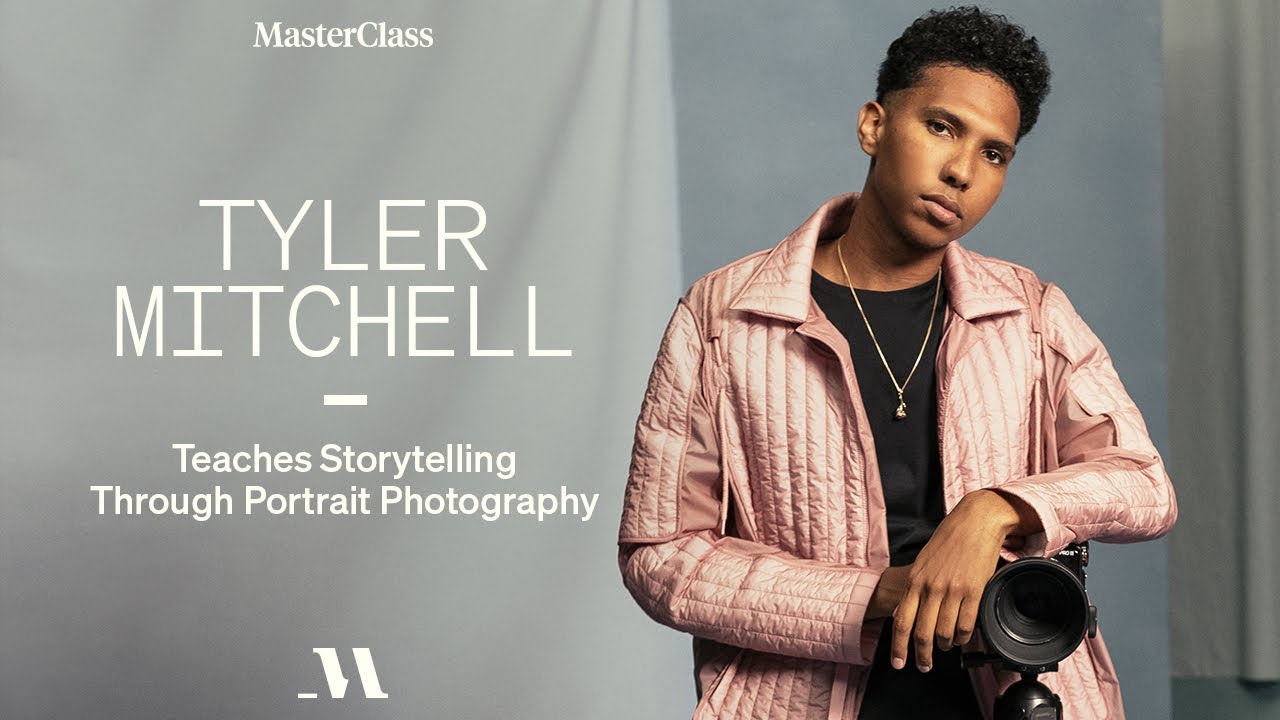 Tyler Mitchell is a successful photographer, whose work is respected and appreciated all around the world.  Focusing mainly on fashion... 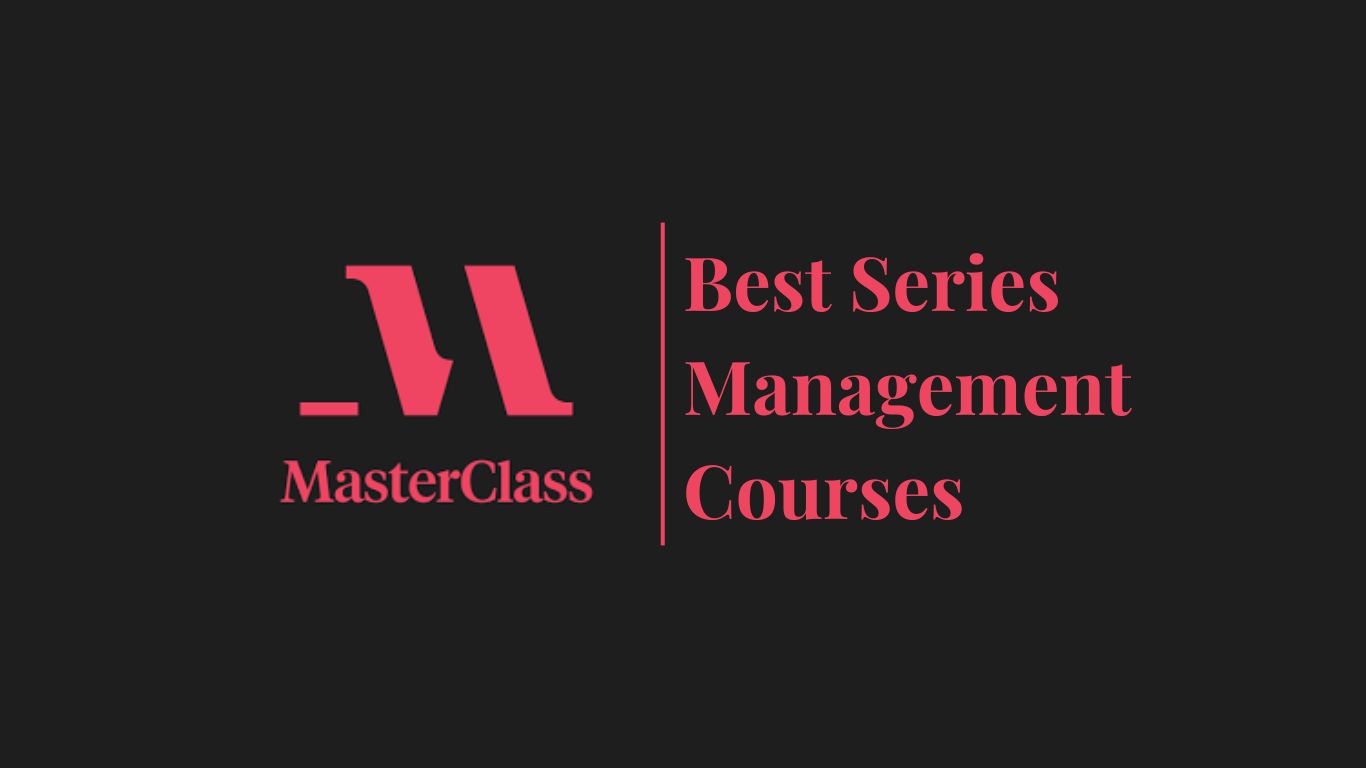 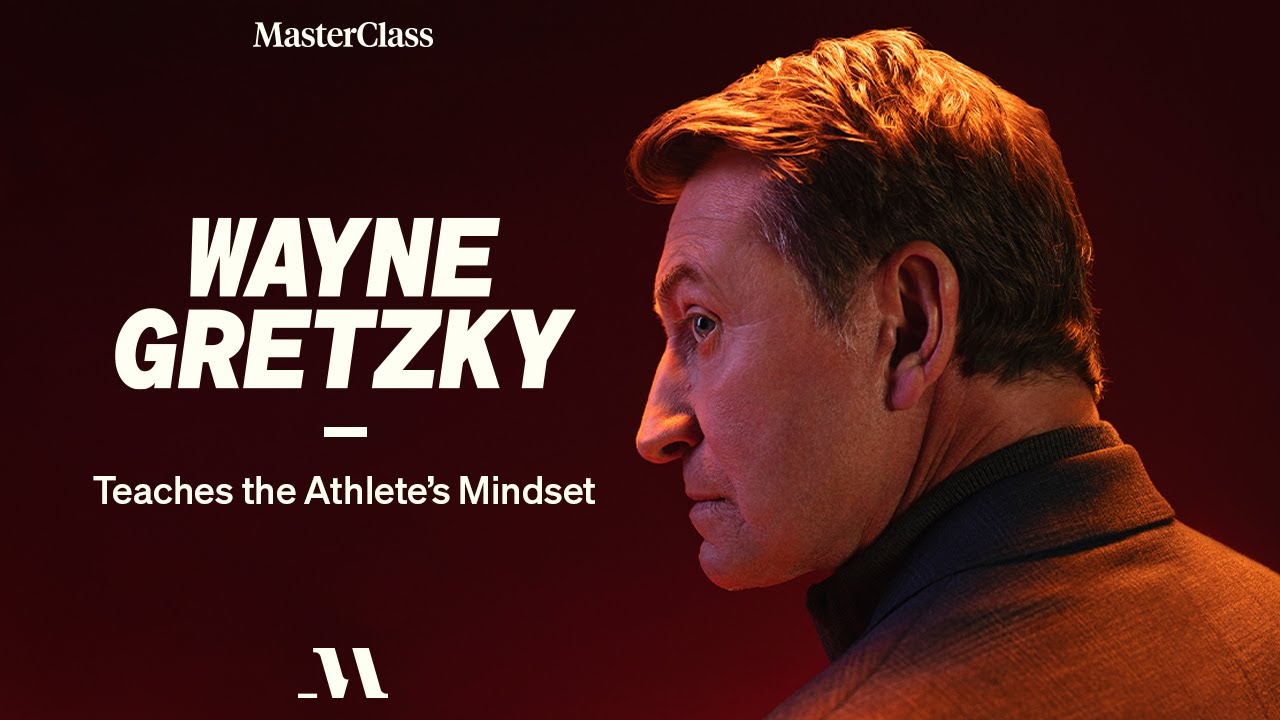 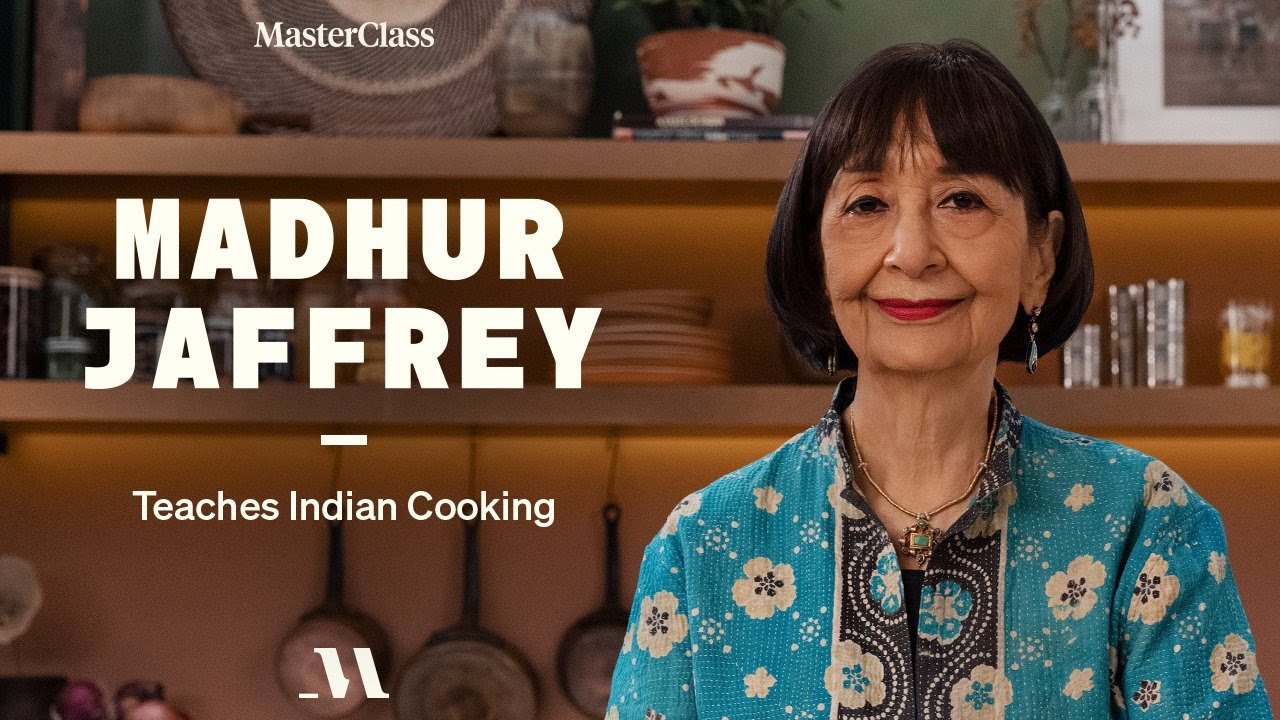